We couldn't be prouder of Numberblocks. Number One jumped onto our screens at the beginning of 2017, and we're now meeting the teens as series 3(!) kicked off in January this year; a testament to its popularity and success.

Last month the National Centre for Excellence in the Teaching of Mathematics (the NCETM) released their Numberblocks support materials, designed to assist Early Years and Year 1 teachers bring numbers to life in conjunction with the episodes, highlighting and developing the key mathematical ideas that are embedded in the programmes. We're thrilled that Numberblocks has been so well-received by teachers and maths practitioners.

Following the success of our two Alphablocks Apps (sister show to Numberblocks), we've also developed the Numberblocks App, Numberblocks Hide and Seek where little ones can practice adding up to 10 through a fun game of hide and seek.

In celebration of World Maths Day, we chatted to Simon Taylor, Director of Numberblocks, to find out a little bit more about the hugely popular series.

What do you think are the main reasons for Numberblocks success?

I think everybody has an emotional connection to learning maths as a child, whether that experience was a positive or a negative one. If you're somebody who struggled with maths growing up, Numberblocks turns all these abstract concepts into something visually and emotionally engaging and gives such a positive message for new generations.

Still from the episode 'Fourteen'

The character designs and animation are really appealing and their personalities are drawn from what's special about their number (Four and Nine being fanatical about squares, Eleven being a footballer etc), which all helps them to feel believable as characters, not just numbers.

We've also been lucky to have such great songs written for the show too, each one is its own mini-musical! I think this all helps children to understand the core concepts at a much earlier age than I thought would be possible, which is a joy to see. 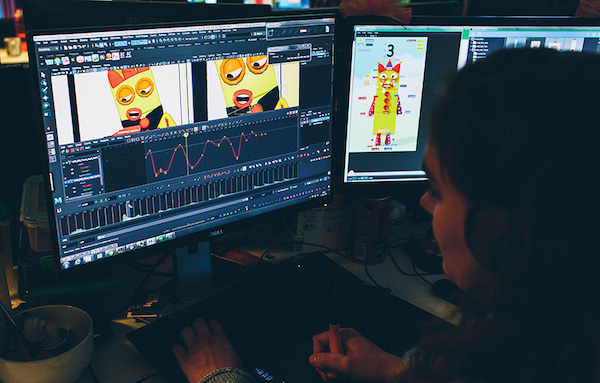 Numberblocks has gone past 10! What number would you like to reach?

More than a particular number I think the show has the potential to tackle many more visual concepts than we thought it would at the beginning. Because it's so visual you're able to show a number of more complicated concepts "for free". For example, it's easy to understand that Four and Nine are square numbers because they're standing right there made of blocks in a square formation, so I'd love to see how far we could go with showing other abstract concepts.

Numberblocks turns all these abstract concepts into something visually and emotionally engaging and gives such a positive message for new generations.

How do you think the artwork and storytelling have evolved since series one?

We've definitely got more ambitious visually since series one! For the new series, we wanted to break out of the "back garden" look a bit more and do more episodes based around a certain genre or visual theme.

In series 1 we did an Indiana Jones homage in "Double Trouble" and wanted to do more episodes like that as they're such fun to make but also add to the visual variety of the show, helping viewers to remember the teaching points in a particular episode. I love starting with a brief like "we're doing a film noir" or "we're doing the trench run from Star Wars" and figuring out with the team how we're going to pull it off with the resources of a pre-school counting show!

Still from the episode 'Double Trouble'

Artistically the show has moved further away from its Alphablocks roots in series 2 as we've used a lot more 3D. We do still use some hand drawn elements when it makes sense (it's quicker to draw a Gnu for one brief shot than to build one in 3D) but most of the time we favour 3D as it's often faster and also frees us up to play with lighting to get a more cinematic look. 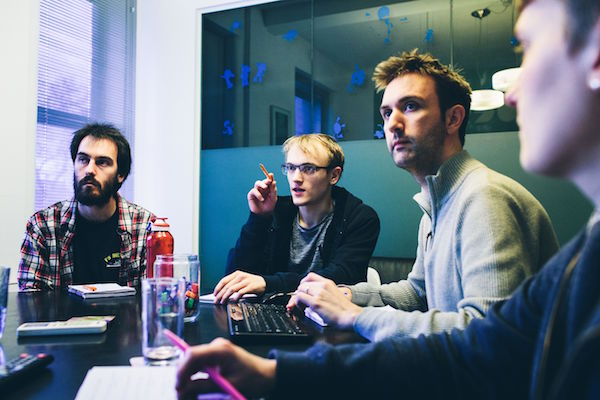 Do you have a favourite episode and why?

Hmm one, one favourite episode... can I pick a couple for different reasons? I love the very first episode where One is singing "one wonderful world". She's so infectiously enthusiastic as she leaps around counting one of everything and even has a genuine moment of pathos where she wonders if she might be alone in the world, which she then turns into a positive as she realised she's at the start of something much bigger.

Still from the film noir episode, 'The Wrong Number'.

My other favourite is "The Wrong Number", our film noir episode. This one started off as a semi-serious idea as we wrapped series 1 where I was playing around with One in her Indiana Jones hat in front of some Venetian blind lighting. The idea stuck and as we discussed it more everything fell into place, the writers did a superb job not just parodying the genre but building a genuinely brilliant maths problem into the story and the team at Blue Zoo put everything into making it look great from the storyboarding, design, animation and lighting.

If you're somebody who struggled with maths growing up, Numberblocks turns all these abstract concepts into something visually and emotionally engaging and gives such a positive message for new generations.